From the Free Music Archive. This week we talk about living that trucker life with a live stream truck driver, the Highway Man one-person animated 30. This American Life is a weekly public radio show, heard by 2.2 million people on more than 500 stations. Another 2.5 million people download the weekly podcast. It is hosted by Ira Glass, produced in collaboration with Chicago Public Media, delivered to stations by PRX The Public Radio Exchange, and has won all of the major broadcasting awards. The Best of Car Talk podcast on demand - America's funniest auto mechanics take calls from weary car owners all over the country, and crack wise while they diagnose Dodges and dismiss Diahatsus. You don't have to know anything about cars to love this one hour weekly laugh fest. 12/25/2021
Katherine from Maine occasionally drives her Ford Festiva all the way to New Mexico for fun. The boys try to take her brake trouble seriously, nonetheless. Ditto Keith from Montana who swears that his Plymouth Horizon is trying to electrocute him, and Consuelo from Texas who wants us to believe that her Mercedes won't stay still after she parks it. All this and more on today's show!

Elizabeth loves her VW Golf so much that she named it 'Miss Gilda'. Rather than love her back, 'Miss Gilda's' fusebox decided to burst into flames on a trip down the highway and ol' Gilda hasn't been right since. Is the problem the dealer who hasn't fixed the car after repeated attempts? Or does Elizabeth need to rename 'Miss Gilda' 'Chucky' and perform some sort of 'auto-exorcism'? This and more on today's Best of Car Talk.

Like a lot of middle-aged drivers, John from North Carolina wanted to cut loose and buy a cool car. But instead of reaching back to his youth for a 1960s muscle car he decided to settle for his idea of a contemporary mid-life crisis mobile: a Hyundai. How's that, John? This and more on today's Best of Car Talk!

Any old car salesman can talk a young and enthusiastic car buyer into an appropriate new vehicle. It takes a special skill set -honed by many trips to one's divorce attorney- to help the soon-to-be-unwed find the right car with which to reenter singledom. Hear Tom, the master, along with his unwilling apprentice Ray, at work on today's show.

To add excitement to the annual Car Talk Sock Hop listener party held at the Good News Garage, Tom and Ray run a contest that promises free airfare and accomodations to one lucky entrant. Pretty exciting, huh?! Well, not nearly as exciting as our two bozos trying to pick the contest winner out of the trunk of Tommy's '63 Dodge Dartre. Go figure!

Susan fr Florida has to put her beloved 1960 Austin Healey 'Bugeye' Sprite into storage for 3 years. According to Click and Clack there are two schools of thought on how to put a car into storage properly: The right way and my knucklehead brother's way. Will Susan get useful advice? Possibly. Will you be entertained? Probably.

Back 'in the day' Click and Clack observed that there were many species of peculiar drivers around their 'fair city'. Older men wearing hats were feared only slightly less than young women named Donna who zipped along in their Firebirds or Camaros without a care or a turn signal. Today the boys meet a conscientious, Datsun-driving ,Philadelphian Donna who is pretty sure that her mechanic is soaking her for a second round of major engine work. Can they talk her into junking this car in favor...

Suzanne from San Diego always downshifts when coming to a traffic stop. Her husband David coasts in neutral with his foot on the brake. Will Tom and Ray declare one of them to be right and thus doom this marriage? Listen to today's show and find out.

On a recent show, the boys had to figure out what could possibly be the source of a car noise that went 'Oinga, Boinga, Boinga'. No sooner do listeners leap to their aid with the answer than they are then confronted once again with an odd and perplexing car noise courteousy of Karen fr CO. They also help Dayton fr AZ and Matt fr AL realize that speedometers and temperature gauges are helpful but hardly necessary auto accoutrements

As the boys near the date for their '3rd Annual Car Talk Sock Hop' Tamsen calls in from California with a VW Superbeetle that Shakes, Rattles and Rolls down the highway. Robin has a rotten exhaust, Debbie's Peugeot won't go, and Kirk wonders if the $19 alignments he's been getting regularly will eventually solve his Dodge's habit of heading for the ditch. All this and a new puzzler on today's show!

After several wives, Tommy came to the realization that within the spousal universe you can either be right or you can stay married. So when Warren fr IL called looking for help in settling a disagreement between him and his wife, the advice about the car was secondary to keeping the relationship in proper tune. That high-wire act, more calls and a new puzzler all on today's show.

Somewhere between 'Save the Whales' and 'Save Our Planet' Click and Clack took up the cause of the endangered North American Skeet. Contrary to popular opinion, it was the desperate plight of these poor creatures who are bred in captivity for the sole purpose of blowing them to smithereens with shotguns that 'pulled' at Tom and Ray's heartstrings: Not the money-making potential to fleece unwitting listeners out of a few bucks. No, it definitely wasn't that. But just in case the SEC was...

Today's show starts out with a listener communique from the future spelling out Click and Clack's fate, and it ends with the boys repeating the words, 'Oinga, Boinga, Boinga' like some lost explorers in an old B movie. In between, our time travelers help Dan with his foggy windshield, Nancy with her squeaky brakes and Rita with her soon to be ex' questionable car advice. And of course, a new puzzler!

Jim from Oklahoma was driving with his buddy through a torrential rain when his Nissan pickup stalled due to water in the fuel tank. Buddy walked off in the rain to the general store and came back with a miracle cure right off the shelf. Did it fix the problem? Or was the fix all-wet like Buddy? This and more on today's show! 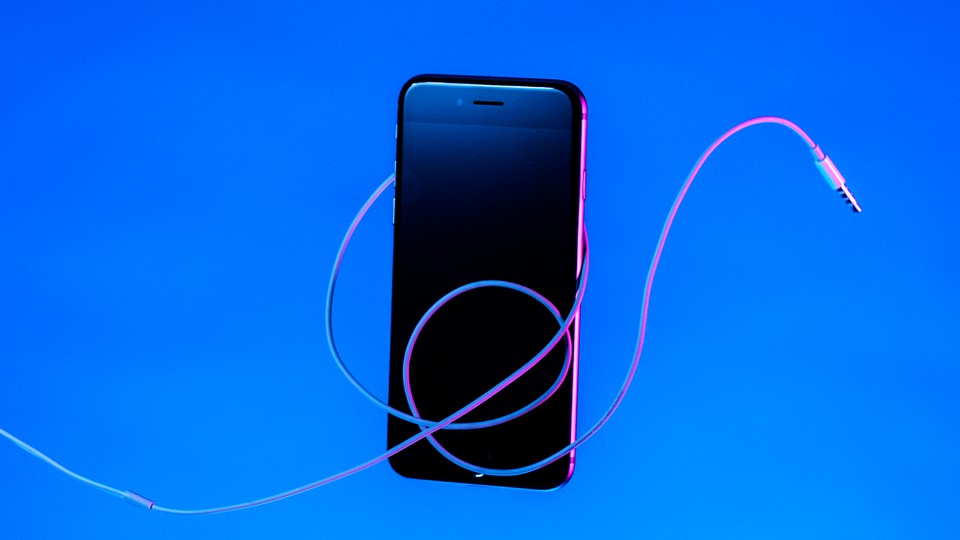 At the end of the New Puzzler each week Tommy has one line of exactly three words that he's responsible for, yet somehow it's too much for him sometimes. This was one of those weeks. Together, the boys have better luck with Clayton's Jaguar noise, E.G.'s self-steering Jeep and Ira's Acura.

On today's show our long-time technical editor John 'Bugsy' Lawlor is found to be providing a new definition for the term 'moonlighting'. After that revelation the boys get down to the main business at hand and try to help John figure out if he really needs to use his clutch, if Buck's Chrysler needs a 'turbectomy' and then Tommy surprises us with one of the show's more memorable puzzlers.

Whoop Whoop Whoop Goes the Pickup... pretty sure that's a nursery school rhyme but it's also what Gail's truck sounds like. The boys also try their hand with Dan's quieter pickup(won't start), Libby's Dodge Dartre and Lisa fr TX who has to visit the auto repair section of her local bed&bath store to try out Tommy's suggested repair. All this and the puzzler!

Jeff, who has just moved to Pittsburgh, has a problem with his Toyota and Tom and Ray want him to make like the ancient Philosopher Diogenes and use the opportunity to test the honesty of the local mechanics. Shorter, but no less noble automotive quests have Kay hoping to preserve her Nissan's turbo and Richard attempting to unstick his Corvette's clutch. Will they all achieve auto-enlightenment? Check it out.

#2146: The Clink and Clunk Compendium of Car Noises

You would think that two guys named after noises would know their rattles and shimmies pretty well, but Click and Clack spend much of this week's show consulting the Ford Motor Company Official List of Car Noises whenever they're stumped. Will this help Greg and his Dodge Pickup or Erin from Colorado get better diagnoses? Find out on this episode of the Best of Car Talk. 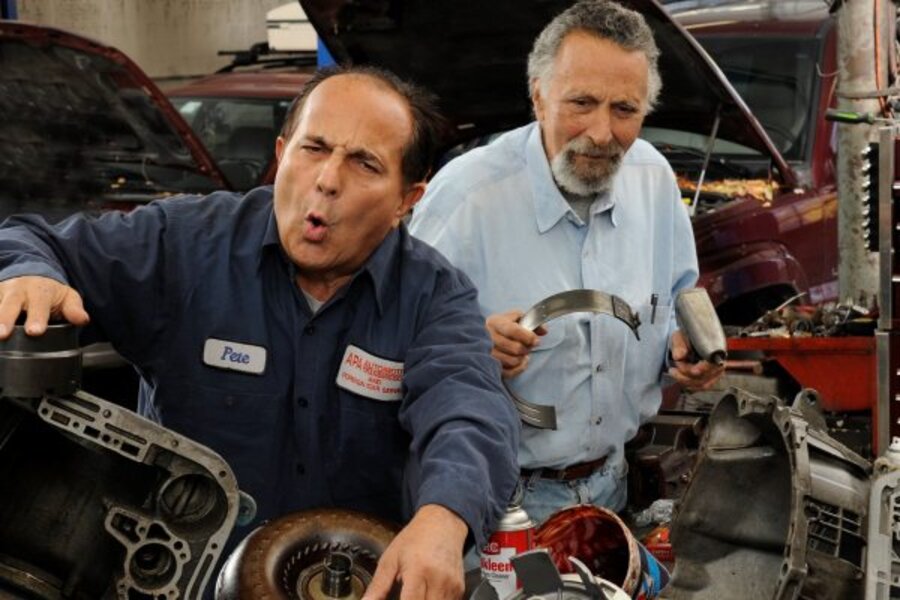 Nothing succeeds like secession! Or at least that's the thinking as Tom and Ray plan for Car Talk Plaza's imminent secession(from what exactly, we're not sure). But the crazy car problems will of course emigrate to wherever they land. This week's beleagured citizens of Car-Talk-istan include John and his Chevy's 'woobie', Robin's stuck Rabbit and Mazz with her chirping transmission. All this and the new puzzler!