After we talked about virtual amp simulators in the past, the next logical step is to have a look at guitar cabinet impulse responses (in short: IR). Those so-called impulse responses are sound measurements that contain information about the guitar cabinet speaker, the room where everything is recorded as well as about the used microphone and microphone preamp in the particular situation. That set of information is stored in one single .wav file with that you can recreate the recording situation by loading it into a convolution plug-in - or in an easier term - IR loader. Once you have an IR created, it always recreates the same sound you initially captured, and you do not need to set up a bunch of equipment anymore every time you want to get this unique sound. Important to keep in mind is that an impulse response can recreate the signal chain elements coming AFTER the guitar amp head, but does not include sound characteristics of a guitar amp. Therefore, the combination with a virtual amp simulator or a real guitar amp head and a load box is required to get the guitar sound you want (explained more in detail by Pete Thorn here in one of his great Youtube videos). Impulse responses can also be used to recreate room sounds to be used later as reverb in your mix. However, we will focus on the guitar cabinet IRs in the following and where to get those if you do not want to create your own. The Best Stores For Impulse Responses

I have listed my favourite IR stores that offer - from my point of view - the best guitar cabinet impulse responses available on the market. I do not want to bore you with excessive descriptions of the different stores and their sounds. Hence I included some demo videos in here so you can directly have a listen ;) 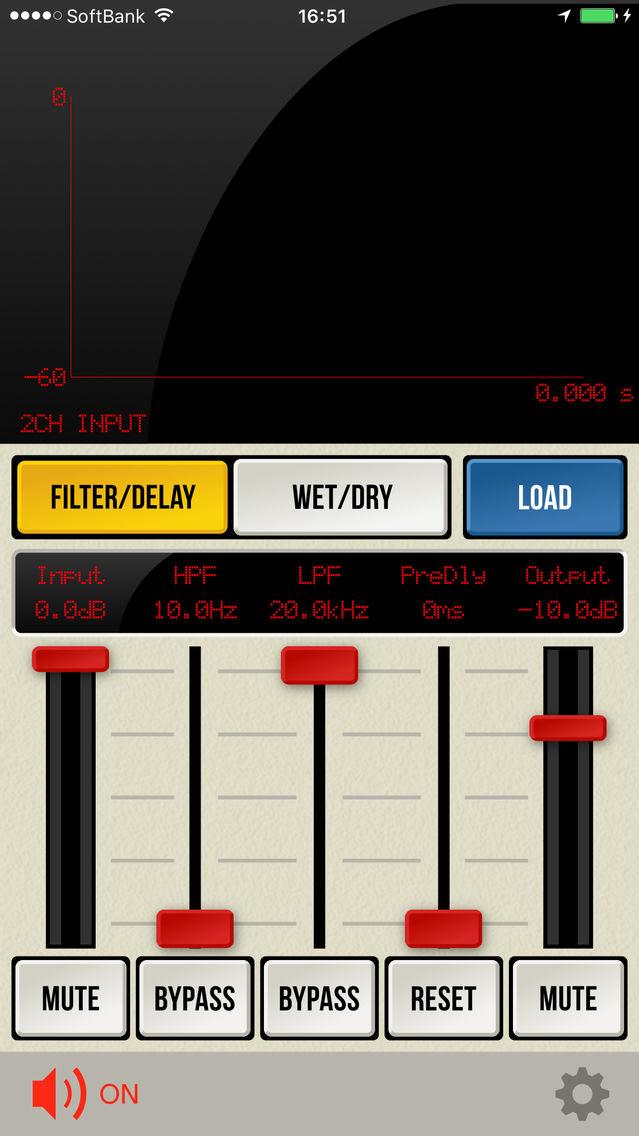 Now we probably have some impulsive responses, but still need the IR loader to use and work with them. My go-to IR loader is a product resulting from a collaboration between amp simulation brand TSE Audio and the above-listed IR creator 3 Sigma Audio called Impulsive. It supports AAX, AU and VST hosts as well as windows and mac. For 20$ you get the IR loader and a few free cabs on top. A significant benefit of Impulsive is that it gives you the option to blend two different IRs that facilitates the work of finding exactly the guitar sound you are seeking for.

An alternative to 3 Sigma's Impulsive is mixIR2 by Red Wirez (49$ for the plugin) that you may find in a lot of Youtube videos about impulse responses. Pulse by Lancaster Audio is a free alternative that also runs in Pro Tools (AAX) that can be a good start to become more familiar with the guitar cabinet IR topic at first before buying a more complex plugin if needed. If you like to be far more flexible with blending more than two impulse responses, you might take a look at STL Ignite Libra (49,99$) that can mix up to eight different IRs together, or Forward Audio's faIRmageddon (139$, up to four IRs simultaneously). faIRmageddon gives you even more options to tweak the resulting impulse response you can export later as a single IR for further use in studio productions or your live performance. Forward Audio also included a tone matching feature that helps you to get closer to the tone of a target guitar source (works best with mono guitar signals). The entire tone matching process takes only a few seconds.

Many virtual amp simulators also include the option to load external IRS as well. But sometimes, they lack in control options to adjust the IR and are therefore not the best solution in a professional production environment. So if you already own virtual amp simulators, have a closer look if they offer you a well-controllable IR loader or not.

Last but not least, here are some IR freebies from different manufacturers that can be used to start playing around and get more familiar with the impulse response game. Enjoy the freebies and have fun testing them out!

Convology XT is a free convolution reverb VST plugin developed by Impulse Record. It includes a collection of 70 reverb impulse responses captured from a variety of vintage hardware reverb units. Additional impulse responses are available for purchase on the developer’s website. More importantly, the plugin is capable of loading external impulse responses in WAV format.

In terms of its ability to modify the loaded impulse response file, Convology XT is the most advanced freeware convolution reverb VST plugin on this list. The user can adjust the attack and decay time, pre-delay, and the frequency response. It is also possible to time-stretch the IR file and to apply modulation in order to achieve a stereo widening effect. The plugin doesn’t introduce any latency, which is somewhat of a rarity among freeware convolution reverbs.

Convology XT can be downloaded completely free of charge from Impulse Record’s website. After installing and loading the plugin for the first time, enter the serial number provided at checkout to activate your license. The developers have also provided several tutorial videos to help new users get started with the plugin.

MConvolutionEZ comes with a wider range of impulse responses than Convology XT, but its feature set is less advanced. The user can adjust the stereo width of the active impulse response and shape its tone using a pair of filters. Unfortunately, the timing properties like attack and decay time can’t be customized. This is a serious drawback which makes MConvolutionEZ less of a professional mixing tool and more of a beginner option for users who are just getting started with using convolution reverb plugins. Still, its ease of use and intuitive user interface are part of the reason why we recommend giving it a try.

Much like Convology XT, MeldaProduction’s convolution reverb plugin can load external impulses responses in WAV and FLAC format. Due to the convenient file browser which is located at the very center of the user interface, MConvolutionEZ is a great tool for testing newly downloaded impulse response libraries. The included reverb impulses sound pretty good, too.

One thing we didn’t like, though, is the fact that MeldaProduction bundles all of their plugins into a single installer. This makes for longer download times and a somewhat annoying installation procedure. Also, the plugin will show a nag screen asking the user to upgrade to the paid version of the plugin which is called MConvolutionMB. The plugin’s functionality isn’t affected by the nag screen, though.

SIR1 is an old product (released in 2004.), but some users still swear by it. Its simple user interface and a rather capable feature set make it a useful tool even in this modern age of VST plugins. However, SIR1’s biggest drawback is the fact that it is only compatible with 32-bit VST plugin hosts on Windows. Mac owners and Windows users running 64-bit digital audio workstations are out of luck.

The user interface is well designed, with the file browser on the right, waveform display on the top, the control parameters on the left, and the spectrum display on the bottom. The user can adjust the pre-delay time and the envelope of the loaded impulse response. The IR can also be time-stretched, which is a great feature to have in a convolution plugin. SIR1 has a fixed latency of 8960 samples and is optimized for low CPU consumption.

Reverberate LE is another older plugin on this list (released in 2006.) and it shares the same compatibility issues with SIR1. In other words, it will only work in 32-bit digital audio workstations on Windows-based machines. If you happen to fall into that particular category of users, Reverberate LE is well worth a shot.

The plugin includes only a small collection of impulse responses, so it’s mostly up to the user to provide their own IR samples (WAV, AIFF, and FLAC files are supported). Once loaded, the impulse responses can be customized using the Reverberate LE’s envelope shaping and time-stretching controls. The plugin also features a parametric equalizer which can completely alter the tone of the IR sample.

Reverberate LE can operate in zero latency mode, or in low latency mode when the graphics card is used for processing (an Nvidia chip is required for this). Stereo impulse responses are supported.

Halls Of Fame 3 Free is a stripped-down version of the Halls of Fame 3 – Complete Edition (€169) convolution reverb effect by Best Service which comes with over 1,500 reverb presets. The free version only includes 27 reverb presets and doesn’t load external impulse responses. The reason why we’re including it on the list, though, is that the included reverb impulse responses sound exceptionally good.

The plugin features a selection of impulse responses captured from legendary hardware reverb units such as the EMT 240, AKG BX 20, Lexicon PCM96, and the Bricasti M7. The presets can be customized using detailed envelope and tone control parameters. The user can adjust the pre-delay time, attack/release times, and trim the loaded impulse response. The plugin also features a 3-band tone control and a damping control for shaping the tone of the reverb tails.

Unfortunately, the download and activation procedures are a bit more cumbersome than we’d like to see. First, you will need to complete the checkout process, then download two individual installers for the plugin and the sound content, and finally authorize your Halls Of Fame 3 Free installation. 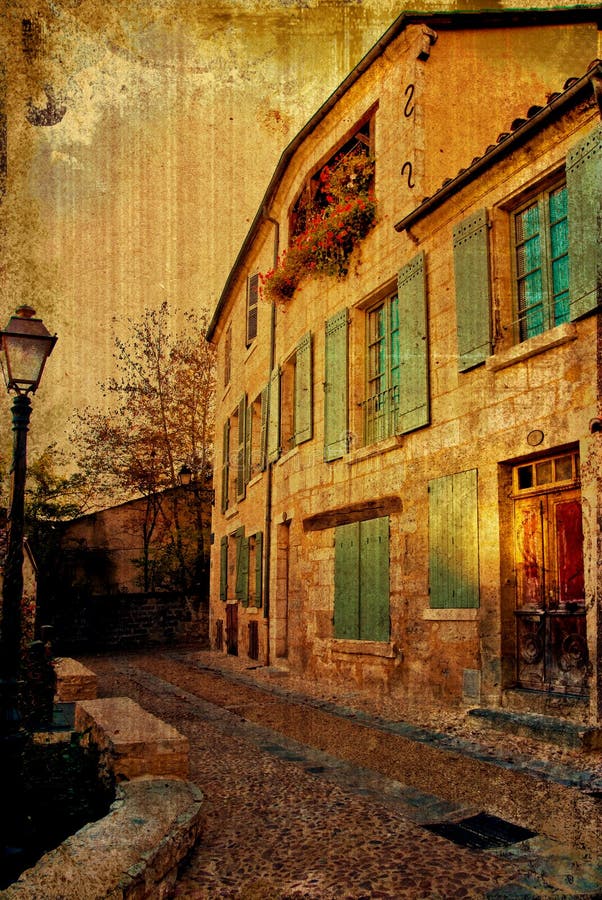 Finally, here are a few recommended options for those looking for a paid convolution reverb VST plugin instead of a freeware one:

Due to its relatively affordable price and well-designed user interface, Fog Convolver is our recommended commercial convolution reverb VST plugin. It comes with a huge library of impulse responses and features a slick user interface with plenty of customization options.